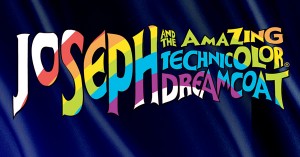 San Diego – The theater season is in full swing and two of my favorite venues have wonderful lineups. The Civic Center has the largest seating capacity in town (almost 3,000). Although the building has been around for decades, upgrades of lighting and sound systems, seats, heating/air-conditioning and restroom renovations have kept it up to date.

The San Diego Opera, presents performances of Pagliacci and the Elixir of Love in February.

The La Jolla Playhouse was founded in 1947 by movie stars Gregory Peck, Dorothy McGuire and Mel Ferrer. It was born again in 1983 with the opening of the Mandell Weiss Theater on the campus of the University of California, San Diego. Over the years, it has grown to

include multiple theaters. The La Jolla Playhouse has won over 300 local and national awards, including Tonys and a Pulitzer Prize for Drama.

Also part of the UCSD site is the world renowned Scripps Institution of Oceanography and its Birch Aquarium. Although approximately 400,000 people visit yearly, I still think it’s one of San Diego’s best kept secrets. They have interactive exhibits, educational programs, special events, camps, “in the field” pier walks, grunion runs, snorkeling, tide pooling and whale watching. Whale watching is in conjunction with Flagship Cruises; Birch Aquarium naturalists narrate. The twice-daily trip runs through April. If you don’t like the open seas, Whale Watching for Land-Lubbers is just for you. The aquarium’s outdoor Tide Pool Plaza, overlooking La Jolla’s shoreline and the Pacific Ocean, offers an excellent view of gray whales migrating. Special note: download their Live Kelp Cam. It’s like having your own giant fish tank without the feeding or cleaning responsibilities.

Travel Product Update – Prospecs Power 4 Series was recently voted “the best all-around men’s walking shoe.” It’s a high-tech import that is good looking, comfortable and provides excellent support. I was sent a pair of Power Walk 401s to try on a recent trip and I found them to live up to their reputation. Unfortunately, they were taken from my house. But it’s not as bad as it sounds. My son tried them on and loved them. What’s a Dad to do?

Thanks to the various websites for information, photos, etc.

Editor’s Note:  Our contributing writer, Howard Hian, has written a poker tutorial (Omaha) that can now be found at the App Store. Its title is Poker Tutorial: Omaha 101 – Improve Your Game and/or Learn the Basics.  Type “poker Omaha” in the search box to download it. Whether you want learn how to play or to brush up, it will be a good investment.  Think of it as a small ante.