Our guest post comes from Seth Halpern, editor of The Ambassador, a monthly publication dedicated to encouraging the local Christian community in Yuba City, CA. Seth is also the host of a weekly radio show of the same name. His website is www.ambassadornewspaper.com

I knew that after recovering from my open-heart surgery last year, I simply HAD to start my “bucket list.” You know, those things that you never would have thought to do unless you were faced with your own mortality. Since I’ve never been much of an outdoorsmen and my idea of vacation is more along the lines of relaxing and being pampered rather than roughing it in the slightest of ways, it seemed like it might be a challenge to find something to do to “seize the day.”

Fortunately, I was meandering through a book on 52 Getaways in Northern California and stumbled upon Glider Rides. I always thought Skydiving was too scary and hang gliding too rigorous, but the more I read up on Soaring in a glider, the more I was interested. You simply go along for the ride as a pilot sits behind you and the two of you “soar” like a bird in the air in a small craft with ….no motor! What!? No motor, I thought. You’ve got to be kidding. But it turns out that many, even youngsters (14 and up) can get their glider pilots license. When I found that the glider rides were given at Williams Soaring Center about a half hour west on Hwy 20, I knew this was for me! I was ready to go once I got the clearance from my doctor. So in late May, I took off to the skies.

Noelle Mayes, the general manager of Williams Soaring Center, set up a ride for me on a beautiful spring day. The visibility was lessened because of the dust from road construction and winds were a bit breezy but not enough to stop flying. However, they were nice enough to call me ahead of time and give me the option to reschedule. But it was now or never for me! Since my wife wanted to have the security of land directly beneath her feet, I went up by myself. 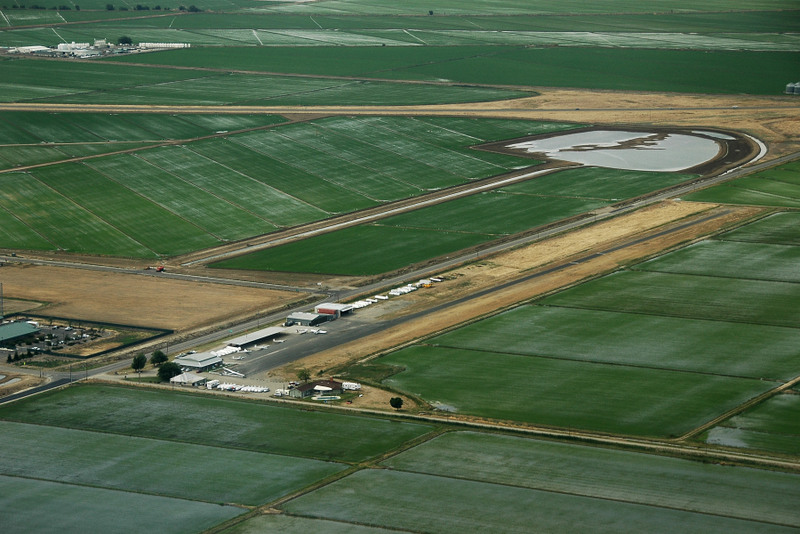 They have other gliders that hold two passengers (plus the pilot) if your spouse is game. My pilot, Ed, patiently answered all my nervous questions and showed me what each instrument and mechanism was used for and then reassured me that he was in complete control and all I needed to do was sit back and take in the sights. Rex, Noelle’s husband and co-owner of the center, towed us to about 4,000 feet before letting Ed and me enjoy the friendly (and quiet) skies.

The only sound was from the air coming in through the vent to cool us off from the strong sun. The Plexiglass canopy (windshield) offered lots of room for great views and pictures of the orchards below. On a clear day you can see Mt. Shasta to the north, the Sierra’s to the east, and Mt. St. Helena in the Napa Valley, as well as the Mendocino’s on the Pacific Coast. I also enjoyed watching the cars on Interstate 5 below. There was talk that another pilot took a glider up 23,000 feet into the mountains. Wow! At 4,000 feet, I was high enough! You can get a very different perspective when you are in the air and unlike a motored plane; it is purely the wind guiding your flight. The birds of the air soar without a worry. I had no worries either, thanks to Ed and the Lord. The whole experience lasted about an hour, and I was securely on land again. I was surprised at how easily Ed made the landing. I’m sure it’s a lot more difficult than it looks.

Williams Soaring Center has been flying in Williams since 1993, and prior to that operated in Vacaville, from 1982-1993. Their fleet boasts 5 gliders for “ride alongs” or rentals. In addition to giving glider rides, they train “would be aviators” for their own pilot’s license and rent aircraft for leisure flights. Ed (one of 12 trained staff) told me that he loves to fly because it’s a hobby that brings so many different skills together to challenge him, among them meteorology, physics and geography. You may find that flying is “in your blood” and want to work on your pilot’s license. Or maybe you’re like me and simply want to feel like a bird for a day. Either way Williams Soaring Center can help you get up, up, and away!