The Sardine Factory on the Monterey Peninsula is a California icon, and one of the most outstanding dining establishments in the country and the world.

From presidents to movie stars, sport celebrities to dignitaries, the Sardine Factory has built a legacy upon impeccable service, unrivaled ambiance, and exemplary cuisine for generations.

The Sardine Factory, will without doubt, exceed the most critical and discerning patrons’ expectations as it has for decades.

Considered one of the Great Restaurants of the World, the Sardine Factory’s lists of accolades and awards are stellar with national, international, and state acclaim.

Many years ago, local businessmen Ted Balesteri and Bert Cutino realized a dream to create a fine dining establishment in historic Cannery Row. 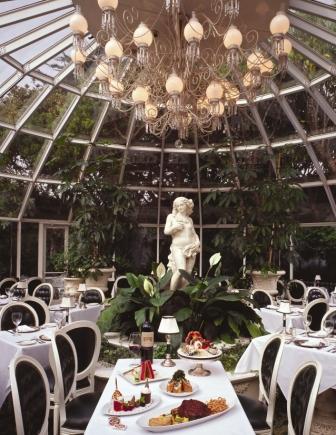 Over decades their dream not only came to marvelous fruition but also launched the careers of notable chefs and restaurateurs and is now the one of the highest grossing fine dining establishments in the nation with one of the most distinguished and most highly respected wine programs in the county.

Even with growth and success beyond imagine, the Sardine Factory continues to welcome guests warmly and offer them a dining experience they will remember for a lifetime.

As owner Ted Balesteri says, “Every customer has to be treated like the most important person on earth.” And at the Sardine Factory such is the case. I remember dining their for my high school prom as if it were yesterday, the food and service legendary. And so was my recent visit with my husband nearly thirty years later. 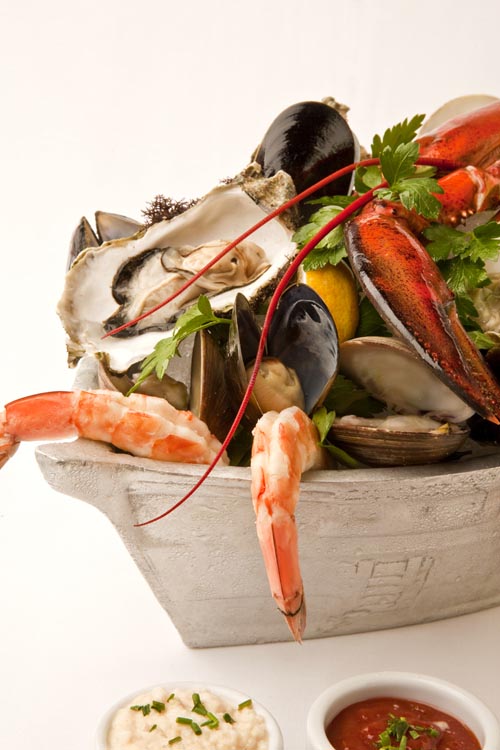 Award winning chefs prepare and present utterly delightful dishes of fresh sustainable seafood and hand picked and aged, USDA prime beef, along with signature dishes such as the Abalone Bisque once served on request at President Ronald Reagan’s inaugural dinner.

On our most recent visit we were tantalized by Calamari puffs remoulade and escargot in crustini. Like an opening act, they were exciting and delicious. They were wonderful but only set the stage for what followed.

The Ahi tuna tartare was the best tartare we had ever had the privilege of enjoying and we have had many different types all around the world.

The abalone bisque (President Reagan’s favorite) was every bit as perfect as it was when I first tried it in my teenage years but I have to believe I enjoyed it and appreciated it far more this time around. The chowder was almost equally amazing. 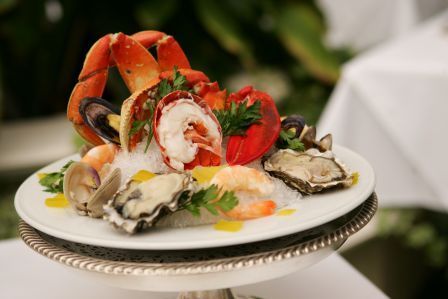 I indulged in the Steak and Prawnzilla. An over-the-top, delightfully rich marriage of tournedos of Filet Mignon and and full quarter pound prawn stuffed with rich, moist Dungeness crab meat, it was the bomb. Blood orange hollandaise sauce, garlic mashed potatoes and sauteed Salinas spinach decorated this amazing masterpiece of sheer perfection. Every bite was a true celebration to be savored.

My husband relished the Seafood & Pasta, a co-star that featured sauteed white fish, Mediterranean Black Mussels, Manila Clams and Pacific Prawns served on Barilla pasta with tomatoes, garlic and San Marzano marinara sauce. My husband is a hearty eater and had a difficult time finishing the lovely and large portion. But somehow, highly motivated, he found a way.

For the grand finale, we thoroughly enjoyed the fun of the Arctic Bon Bons served with dry ice for an aesthetically pleasing and mouth watering treat. We had to sample the authentic and freshly prepared Cannoli which was equally pleasing with it’s cinnamon and chocolate chips and sweet ricotta cream cheese filling. “The Factory” Spumoni has long been a signature dessert item and while 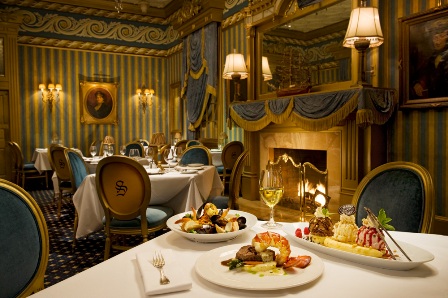 Spumoni ice cream has typically been my least favorite flavor of ice cream, this one is truly wonderful. Absolutely no coercion would be needed for me to order it again and again.

While all the staff was outstanding, our waiter for the evening, Frank, went above and beyond, with a great personality, exceptional knowledge, and finesse.

Like many experiences in our lives we might rank as unbeatable, seeing Luciano Pavarotti, or perhaps attending Cabaret on Broadway, the Sardine Factory is sure to create a lasting impression of perfection and remain etched in one’s memory for a lifetime. Some things cannot be beat, merely equaled at best, and that is the Sardine Factory, a story, a lifetime of success, and a legend.