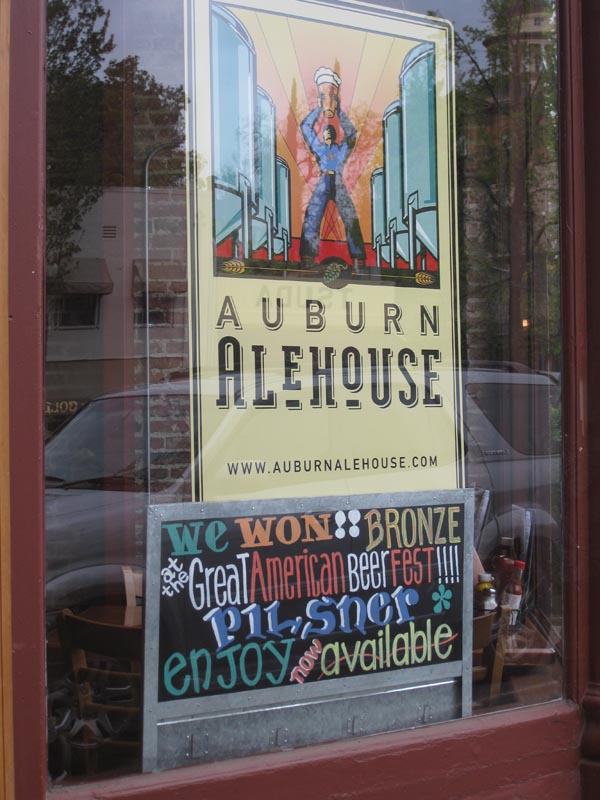 Auburn Alehouse Brewery and Restaurant is a new, hip little joint in the historic Old Town area of Auburn, California, right in the old Shanghai Building.

Couples know Auburn as the stopping off place between Sacramento and Lake Tahoe for skiing and summer vacation and romantic road trips. Every couple who has ever skied or camped the Sierra has stopped in Auburn for gas and good food but now the choices are even better.

If the scenery and location looks familiar, you may have seen the 1996 John Travolta movie, Phenomenon, filmed right there. 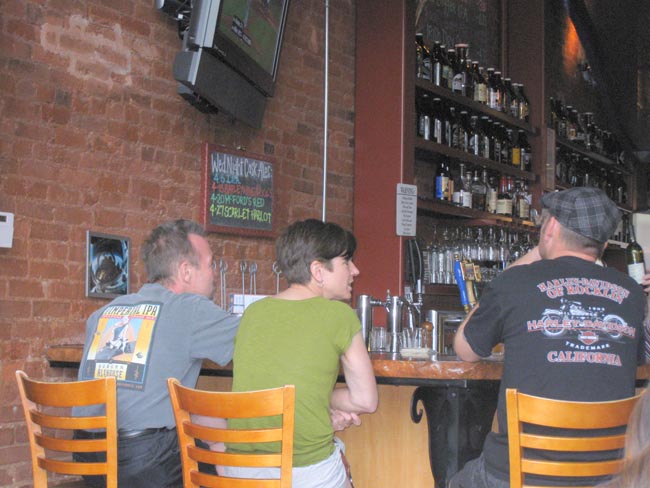 It’s no surprise because the beers are following suit and are equally phenomenal.

The Shanghai Stout has won awards in the California State Fair and for good reason.

I decided to try the Scarlot Harlot and enjoyed every sip—a pint was not enough. I got a kick out of the hops or was it a hoppy kick? Either way, it was sheer delight with its floral hoppy nose and sweet maltiness. 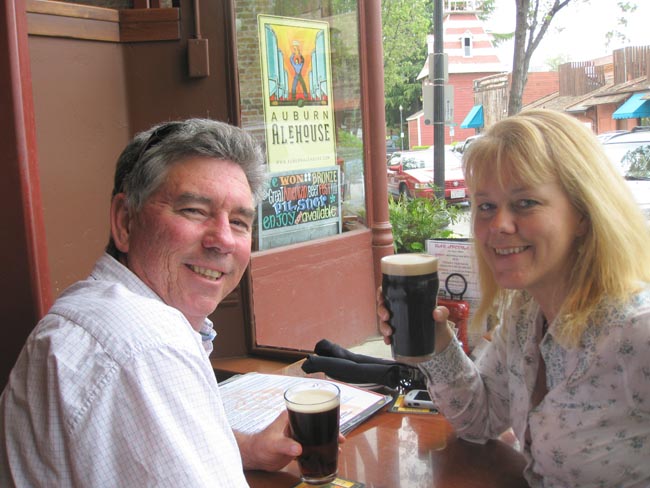 More than a dozen of their beers have won prestigious awards so take some time to sample a few. Rye not?

The restaurant and brewery offers a quaint outdoor patio with a great view of the historic Auburn courthouse building. At least 6-8 beers are always on tap and Hard Cider and select “guest” craft beers are also available on draught. 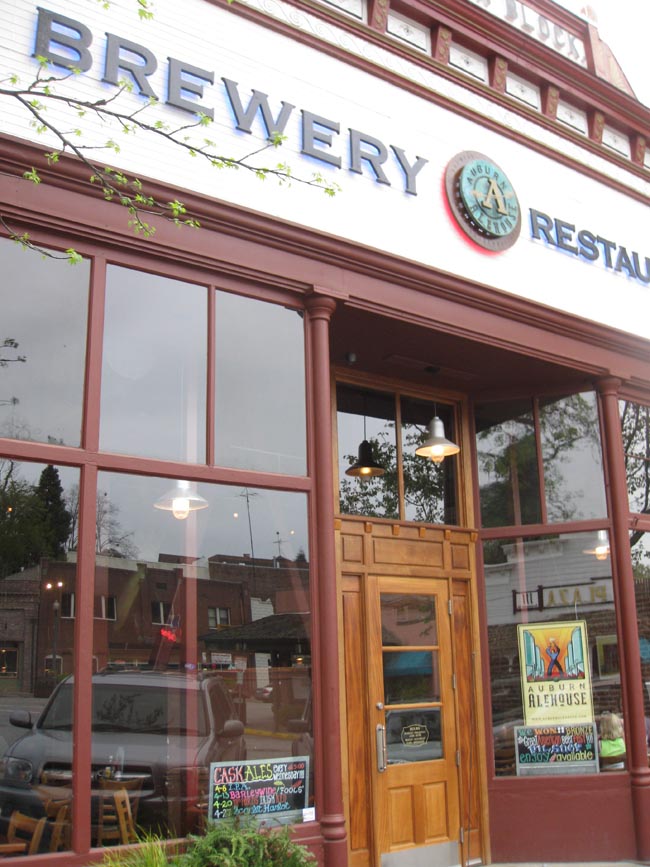 Funny that the Auburn Alehouse is located just 1/10th of a mile from the original Auburn Brewery, which brewed for thirsty Auburnites from the mid 1800’s until 1908. You may stop by for the ale, but you’ll find the food is just as pleasing. Whether you’re looking for standard pub fare or sit down dining, there is something for everyone at the Alehouse.

Plan your next little Northern California road trip around this gem.