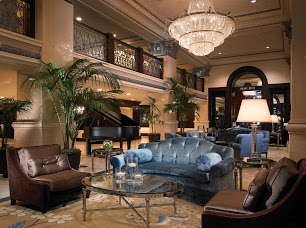 San Diego – The Padres were playing my hometown St. Louis Cardinals and my wife and I decided to have an overnight getaway at the U.S. Grant, part of Starwood’s Luxury Collection. Its location is perfect; at the gateway to the Gaslamp Quarter and within walking distance to the ballpark.

The full service hotel is owned by the Sycuan Band of the Kumeyaay Nation, one of San Diego County’s indigenous Native American tribes.  They recently spent $56 million to remodel the property after purchasing it for $45 million. Almost 100 years earlier, the hotel had been built for the then staggering price of $1.9 million.

The grand lobby, staircase of marble and alabaster, wood paneling and crystal chandeliers have been lovingly restored to echo an historic and storied past.  There is a refined feel that permeates the hotel and it reeks of a grand era gone by.  It pays homage to U.S. Grant, the two-term President of the United States and West Point graduate, who led the Union Army in the final stages of the Civil War. 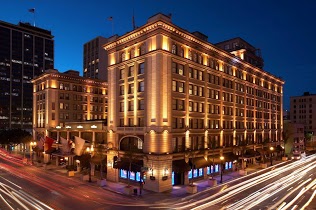 Shortly after the capture of Richmond, VA, the capitol of the Confederacy, General Robert E. Lee surrendered to General Grant at Appomattox. Our evening began at the U.S. Grant Lounge with craft cocktails at Happy Hour, followed by dinner at the iconic Grant Grill; fine dining showcasing seasonal, creative a la carte choices, local produce and top quality ingredients.  They offer an imaginative 3, 4 or 5 course tasting menu that can be paired with appropriate wines; a culinary treat.  The net result is first-rate food, served with a California flair in a sophisticated art deco setting.

We shared a decadent dessert and then walked to Petco Park.  After the game (the Redbirds won), we strolled though the Gaslamp Quarter and made our way back to the hotel.

Our room was spacious, comfortable, quiet and well appointed, including flat-screen TV, large marble shower, 300 thread count sheets and robes. To celebrate its 100th. anniversary in 2010, memorabilia was collected that traced the history of the U.S. Grant.  The 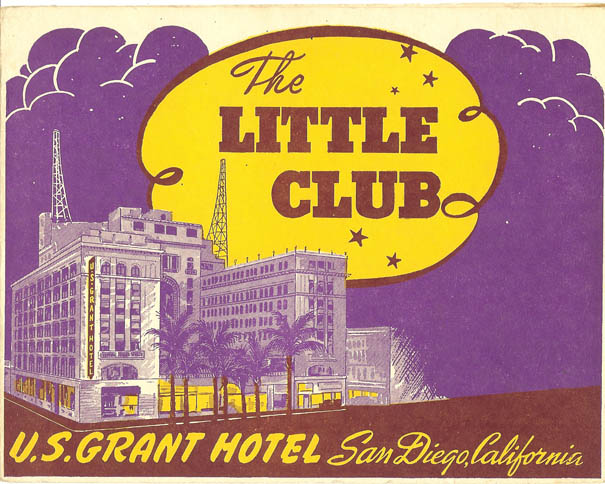 display can be found in the lobby and online at www.usgrant.net/history.  Additionally, the in-house Cultural Center focuses on Native American heritage.  During WW II, the hotel provided quarters for servicemen and their families. It was also a favorite of visiting sailors.       “The Little Club” was San Diego’s nighttime hot spot featuring singers and swing bands.

There are two other century-old hotels in the San Diego area: the iconic “Del” in Coronado and the stylish Grande Colonial Hotel in La Jolla.  The elegant U.S. Grant is on the National Register of Historic Places and features 270 guest rooms and suites, meeting rooms, a ballroom, fitness and business centers, concierge service and wi-fi is available. The Grant Grill is also open for breakfast and lunch.  For reservations, logon to www.luxurycollection.com/usgrant or call 1-619-232-3121.

Thanks to various websites for information, photos, etc.