Upon boarding NCL’s Pride of America in Honolulu, we joined other passengers at a buffet feast while luggage was being delivered to cabins. There’s nothing quite like your first exploration of a ship, wandering each deck fore and aft, discovering what your floating home is like. The experience of sailing out of the picturesque harbor and beginning our seven day adventure was a delight.

After a long travel day and an enjoyable dinner, it was nice to climb into bed as the ship gently glided through the Pacific, destination Maui.

One of the nicest surprises of the cruise was the quality of the tours. On Maui, we joined a small group for the Waterfalls & Rainforest Hike. We were transported along the historic Hana Highway to a privately owned area for a trek through the rainforest, crossing streams to reach our goal.

Along the way, lunch was served and our knowledgeable guide pointed out the flora and fauna and explained the history of the region. The waterfall and its languid pool were a refreshing and exhilarating reward for our efforts. 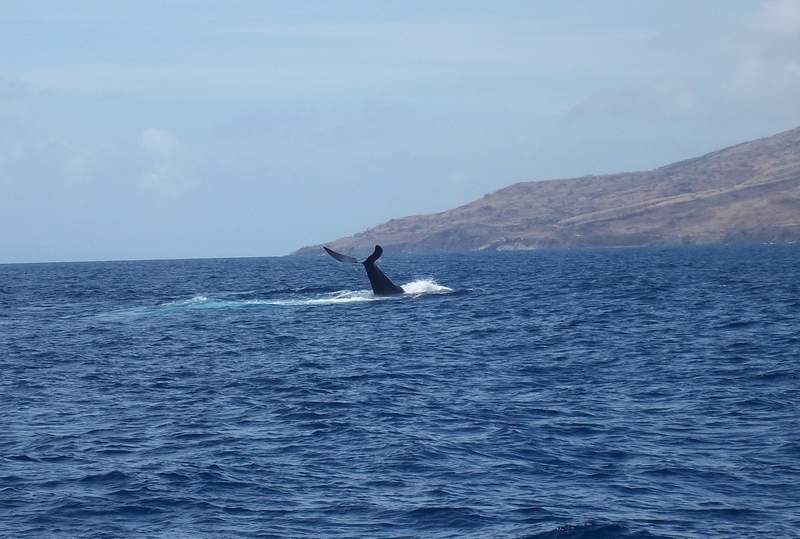 After breakfast the next morning, we boarded a catamaran for a snorkeling expedition at the Molokini Crater, three miles off the coast of Maui. It is considered to be one of the top 10 snorkel sites in the world; 250 species of fish make the reef home. We donned our wetsuits and, although the water was quite chilly, we were transfixed by the quiet beauty of our surroundings.

After lunch, we motored to Turtle Arches located off the Makena Coast and, on the return trip, saw humpback whales breaching; a phenomenal treat. We finished the outing at the Pacific Whale Foundation whose mission is to “protect our oceans through science and advocacy.” 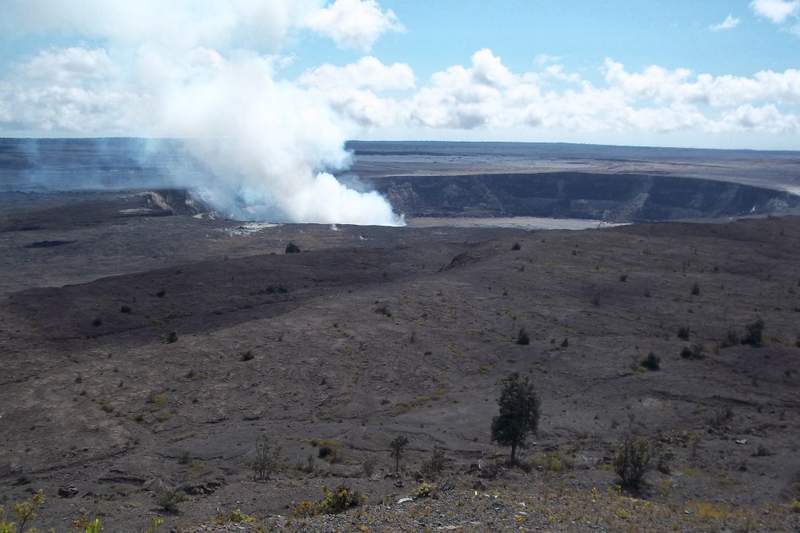 We opted for a bus tour in Hilo. It is the #1 tsunami city in the US. In 1946, its entire waterfront was wiped out. Today tsunami evacuation signs and routes are prominent throughout the town. Wailuku River State Park, the location of Rainbow Falls, was our first stop, followed by the Akatsuka Orchid Gardens. We continued to Kilauea Volcano at Volcano National Park and a visit to its Jagger Museum. Our final destination was the Mauna Loa Nut Factory. There were samples galore and it was a tasty ending to our day. Environmental note: their processing plant is 90% self-sustaining.

On our Kona excursion we explored “The Secret Waterfalls of Kohala.” The 1.5 mile hike featured stunning trailside views, several small waterfalls, three bridge crossings and two streams on the way to a large tropical pool at the remote destination. Along 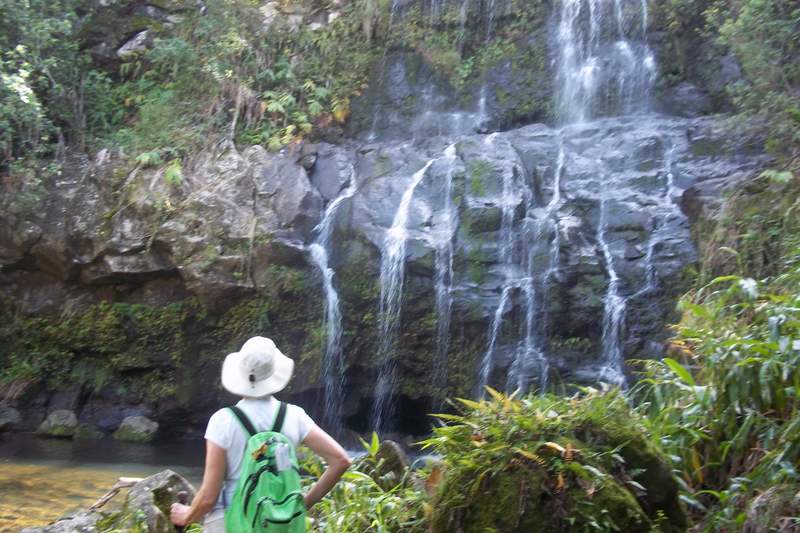 the way, our guide described plants, flowers and topography. Since we had time before the last tender back to the ship, we walked and shopped along the bay front of Kona. It was an exhilarating day.

At Nawiliwili, Kauai, we disembarked for an outing to the Wailua River and the Fern Grotto. The Wailua is Hawaii’s longest navigable river. We enjoyed an idyllic boat ride as we glided past the lush landscape. After we docked, a short walk brought us to the picturesque Fern Grotto for commentary by our guide. On the bus ride back, we stopped for photo ops of the stunning Valley of the Sleeping Giants. That evening, we attended the Kalamaku Luau on an historic plantation, which included a Hawaiian themed stage show. Another wonderful day.

We didn’t realize it, but our last tour would be our most memorable. When we returned to Honolulu, we opted to visit the WW II Valor in the Pacific National Monument at Pearl Harbor, including the USS Arizona Memorial. It is emotional and heart wrenching and a 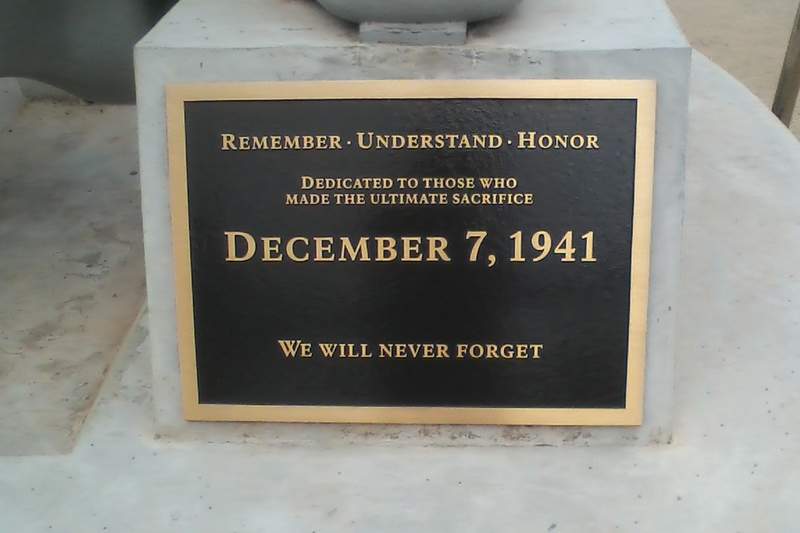 reminder of our not-so-distant past. Most moving for me was the plaque with the names of the survivors who chose to be buried at sea decades later with their comrades, rather than in the locales where they had made their homes, family lives and connections for the past 70 years. The Japanese attack clearly made a huge impact on their lives. It is a must if you are in Honolulu.

Ship Information: NCL’s Pride of America was completed in 2005 and plies the waters of Hawaii year ‘round under the U.S. flag. Its decor reflects historic and cultural themes of the United States. There are just over 1,000 cabins, so it is considered a mid-size cruise ship. The staff is mainly from the US and the service first rate and attentive.

The Pride of America’s 14 restaurant options include Asian, French, Italian, a steakhouse, sushi, buffets and American cuisine. Most have no pre-assigned seating or designated times to eat; complete “Freestyle” flexibility. “Specialty” dining requires reservations and surcharges range from $10 – $30. There are nine bars and lounges, plus room service and pizza delivery 24/7. Aboard ship, the Freestyle Daily was slipped under our cabin door each evening. It’s the guide to the hour-by-hour highlights for the next day, together with dining information, onboard activities, music venues, entertainment and port and shopping information.

Onboard, there’s lots to do; library, gym, pools and hot tubs, photo gallery, casino, spa and salon, Internet center, video arcade, conservatory, card room, art gallery, information and shore excursion desks, kids’ activities, sports deck and a jogging/walking track. Even with our busy days in port, we made time aboard ship for pre-dinner cocktails and music, port talks, shopping and the evening entertainment in the theater or Cabaret. More about “Freestyle Cruising,” NCL itineraries, tours, etc., can be found at Norwegian Cruise Line’s website, www.ncl.com. Look for specials and discounts. 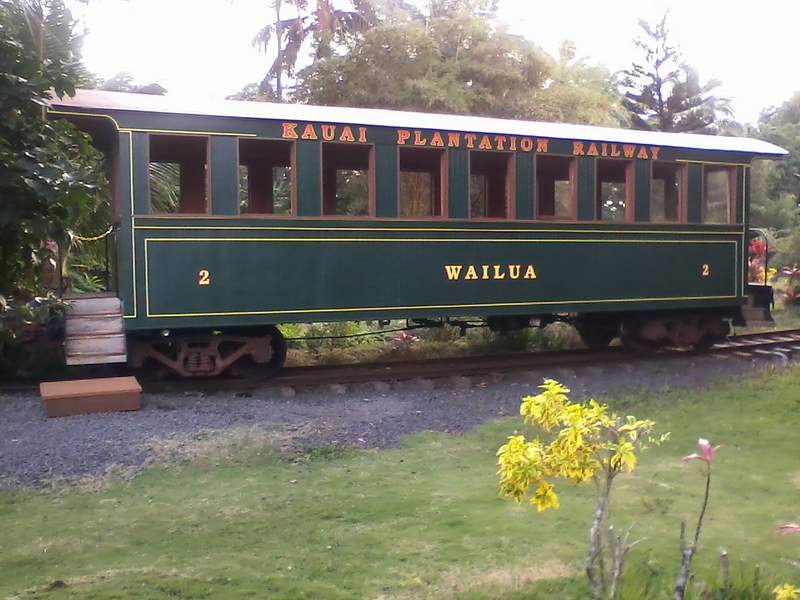 Fun Facts: Hawaii is, distance-wise, the most isolated place on earth. It consists of 132 islands. Only eight are considered major. The most populated is O’ahu and Honolulu, the capitol city, now the 19th. largest city in the US. Midway, 1,000 miles away, is part of the Hawaiian chain. There are 11 climate zones and only two native mammals, the monk seal and bats. One-third of the worlds’ commercial supply of pineapples comes from Hawaii.

Thanks to various websites for information.