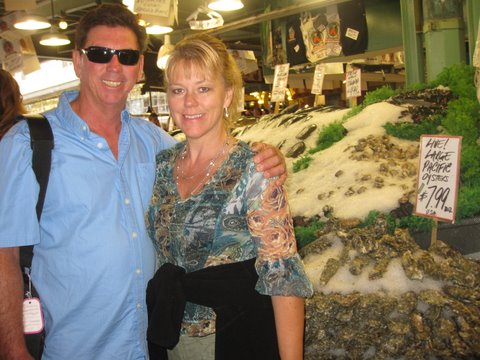 It is no wonder that the Savor Seattle Food Tours have won numerous prestigious awards and are now rated as the number one attraction in Seattle. There is simply no better way to get a sampling of the vast array of culinary delights the diverse city has to offer.

We enjoyed our recent Pike Place Market Food and Cultural Tour immensely and it gave us an appetizer of numerous culinary icons so that we could better plan the rest of our trip as well as feel that we got the true flavor of the city, its history, and a who’s who insight into Seattle’s food greats.

Our two hour walking tour of Pike Place began a few blocks from the heart of the offerings. Armed with our own perfectly-working personal audio devices and an exuberant and knowledgeable guide we began a deliciously fun and informative tour of downtown eateries and culinary staples. 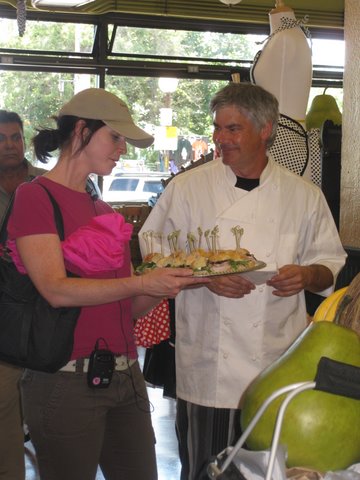 A few of our favorites were Pike Place Chowder where we sampled award winning chowders and seafood bisque, Daily Dozen Doughnuts where sweet, homemade delicasies melted in our mouths, and Pike Place Fish where we got to see the famous fish fly and we mean big 20 pound fish flying from burly fish monger to fish monger as jubilant cheers rang out from the crowds and the fishermen.

We sampled teas, local produce, artisan cheeses and more. It was lovely, delectable, and fun. 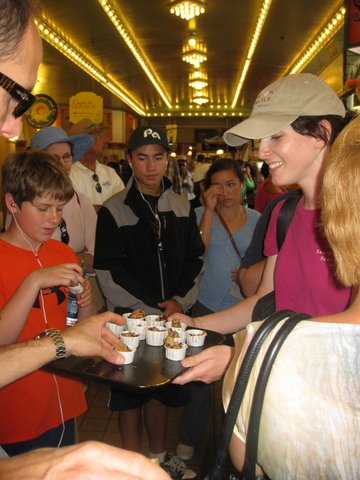 To most visitors and locals alike, Seattle is defined by its culinary comforts and culture. Its nearby farmlands produce boundless varieties of organic produce and its 100 mile estuary welcomes some of the nation’s best fresh seafood.

After sampling the best of the best in Seattle’s downtown, we felt like we had had a vacation within a vacation.

Whether you have been to Seattle many times, or are planning a first visit, this is the tour to take to truly feel you have experienced the flavor of Seattle and its rich culture.