Our guest post comes from Bonnie & Bill Neely of: Real Travel Adventures Ezine – Your free online monthly travel magazine with hundreds of features and photos on travel to anywhere.

Two places every road tripper to Florida should not miss are Gatorland and Reptile World Serpentarium.

For years Gatorland has been a favorite center in Kissimmee, Florida, at the edge of Orlando.  Here you enter the real Florida landscape and learn about the creatures who inhabit nearly all the fresh waters of the state.

We saw hundreds of alligators and a few crocodiles and were able to learn the difference. The Alligator Wrestling by a real “cracker” will keep you on edge, as each show is with a live gator and the chance of danger is real.  Reptile World Serpentarium is less well known to tourists because it is a working science center for breeding and milking venomous snakes, but visitors are welcome to witness some of the workings of this amazing place.  Creepy but Fascinating!

You can hold a young alligator and wrap a real boa constrictor snake around your shoulders for a photo you’ll treasure forever. We watched the feeding of the gators in the large pond, which is always a very lively activity and one during which you want to hold onto your mate.

We toured the beautiful boardwalk through the natural Florida swamp and took great photos of naturally, hauntingly lovely plants and trees, birds, and small animals who live in these watery woods. There is a petting zoo of farm animals and an aviary where you’ll learn amazing facts about other wildlife. This is a really memorable place to visit!

Another place to learn and have an up-close experience with “creepy” animals while you are in the area is the Reptile World Serpentarium in St. Cloud, Florida, only about fifteen minutes from Kissimmee. This is not primarily a tourist park but is one of only a very few places in the world where venomous and poisonous snakes are bred and their venom is collected for medical and micro-biological purposes.  The small gift-shop entrance is practical and functional instead of being a marketing wonder.  From there we entered a low-lighted room with many glass tanks of snakes.  There are over 50 species of snakes being bred at this working snake farm facility.  Although visitors see only a small number of the snakes, there are hundreds behind the scenes.

The snakes are well cared-for by George Van Horn, who has loved snakes since he was about four years old, and his wife, Rosa, who is an excellent, brave, and dedicated partner since she is terrified of the snakes, which she handles every day.  George has over forty years experience as a snake lover and collector and has had scores of bites during his career, twelve of which could have been fatal.

Once he was bitten by a deadly cobra while 30 school children watched, fascinated because they thought it was part of the show. Twice a day (noon and 4 p.m.) you can watch the “show” from benches outside the glassed-in room, where Rosa helps George with the important and extremely dangerous collection of venom from a few deadly snakes. The handling is carefully done and cleanliness is of great importance for the health of the snakes, which are milked about every three weeks.

Rosa brings a wooden box with holes in the top and containing one venomous snake, which George lifts out with a hooked instrument, placing the creature on the lab table. He then proceeds to hold it down with an instrument while he catches it behind the head with his bare fingers and Rosa holds its other end.

The venom from each species is labeled and centrifuged and frozen to be shipped to research centers and to facilities that produce anti-venom for hospitals. We were fascinated watching George catch the snake when it was released from its box.  He used a pronged tool to pin the snake and then caught it quickly behind its jaws while Rosa held its tail-end.  Then George held the snapping snake over a tea-glass shaped vial so that the snake snapped its mouth onto the rim and projected its venom into the glass container. Rosa, who has not had the same life-long fascination with snakes, is an amazing and skilled helper, bravely conquering her own fear to help her husband’s work. 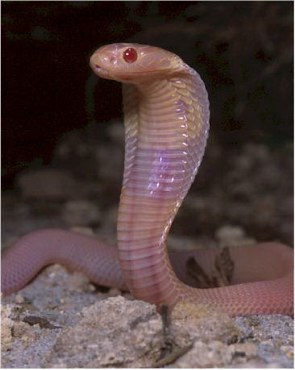 After the show Rosa led the audience to see her feed her two trained alligators in an enclosed pond out back.  When she called the alligator by name he awoke and climbed out of the water toward where she stood outside the fence.  As she walked around the fence talking to the gator, he followed her.  We could see how frighteningly fast he could move his huge body on land, his clawed feet almost running as his body and huge tail slithered in an S formation along in the grass.  I would hate to have to out-run that critter! On command, he returned to the pond, and she threw his once-live food to him, which he often caught in his enormous jaws.  (Alligators are fed rats and chickens with fur or feathers removed.)  Yucky and fascinating! At another enclosed pond we also watched scores of turtles of many sizes and varieties, with their pictures and identification of the types listed on the wall of the pond.

This road trip gem is a really interesting time-out from theme parks to learn a lot about nature, even creepy nature. Micro-biologists use the snake venom collected here for many research projects which help scientists study and gain knowledge about human blood and cells.